Ace Nigerian writer and feminist, Chimanda Adiche, has bagged a UN Global Leadership Award. The multi award-winning writer was honoured for her work using literature and storytelling to connect with people across generations and cultures on issues of gender and racial equality and being a leader on the frontlines of global progress.

Adiche was recognised by the United Nations Foundation on November 20, at the “We the Peoples”: 2019 UN Foundation’s Global Leadership Dinner, Vanguard reports.

It was gathered Adichie is not only the first Nigerian honoree but also the youngest African to receive the UN Foundation Global Leadership Award. 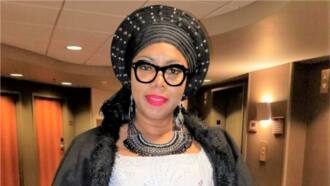 Excited about the great feat, Adiche shared a photo of herself on her Instagram page and expressed joy over bagging the prestigious award.

She was honoured by international organisation Equality Now on Thursday, November 21 at the annual Make Equality Reality Gala in New York City.

According to reports, the night was filled with art, advocacy, and entertainment to inspire activism, with an interactive musical number by the Resistance Revival Chorus, a satirical political sketch by Stacey Kramer, and a riveting spoken-word performance about sexual assault by Katie Capiello.

Nigerians have almost forgotten how to be ashamed – Chimamanda Adichie on Legit TV: 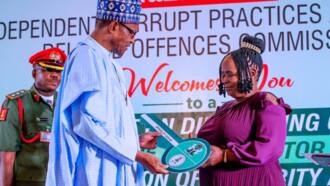