He posted a picture of himself and Dr Dre in the studio. West captioned the picture, “Ye and Dre Jesus is King Part II coming soon.”

This will, surprisingly, be the first time the two stars work together.

But then again, Dre is quite the recluse these days and hardly releases new music or performs. That’s what will make this project extra special for the pair’s fans.

West’s fans are super excited to hear what the two talents are going to cook up. 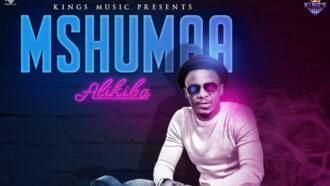 What’s particularly interesting to see are the words of encouragement from the new Christian fan base that West has tapped into.

One follower wrote, “Y’all about to witness highest selling record ever… Hey! Dre and Ye about to make an epic landmark forever in Christian hip-hop.”

There are hundreds of comments on the post and it’s been liked almost 300,000 times.

See some of the comments below:

West and his wife, Kim Kardashian, are working extremely hard to change their images for the better.

Meanwhile, Legit.ng earlier reported that West announced that he would be staging his first-ever opera titled Nebuchadnezzar.

The rapper who just turned Christian devotee said that he would be presenting the opera come Sunday, November 24, at the Hollywood Bowl, Evening Standard reports. 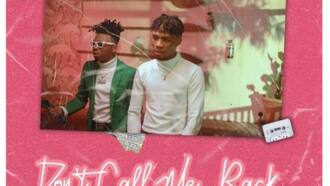 On his Twitter account, Kanye shared a sample of the golden ticket designed by Nick Knight and has an engraved image of the ancient Babylonian king, Nebuchadnezzar.